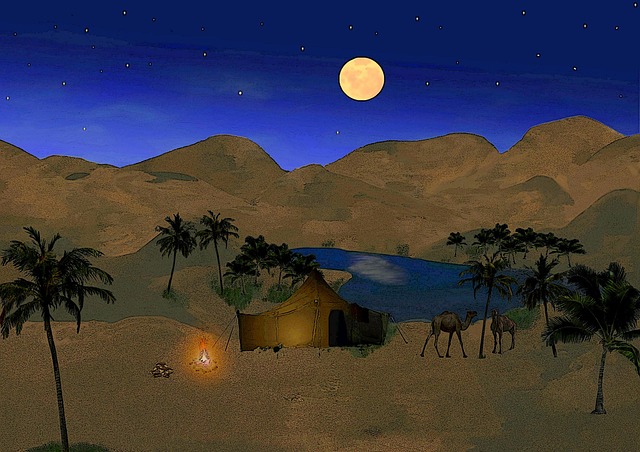 THIS IS THE SECOND IN A SERIES ON THE CHERUBIM

If cherubim are men, how does this comport with the visions in chapters 1 and 10 of the book of Ezekiel? The prophet saw four living creatures. They had the appearance and face of a man, and each had three additional faces.  To the right was the face of a lion.  To the left was the face of an ox.  The fourth face was that of an eagle. Each cherub was paired with a wheel and within the wheel was a second wheel. This has led to fanciful conjectures that Ezekiel saw flying saucers in the sky. There’s a more prosaic explanation found in Numbers, chapters 2 and 3.

Following the exodus from Egypt, the armies of Israel marched in tribal units of three. (Though Levi was excluded, there were four such triads, since the half tribes of Ephraim and Manasseh represented Joseph). The Israelites also camped under the standard of the four division leaders-Reuben, Judah, Ephraim, and Dan. According to Jewish tradition, Reuben’s banner bore the emblem of a man. He camped south of the tabernacle. Judah’s sign was a lion. His camp was to Reuben’s right, east of the tabernacle. Ephraim’s sign was an ox. His division was to the left (west). Dan camped on the north. His standard bore the image of an eagle. The placement of the standards matches the orientation of the faces in Ezekiel’s vision. It links The living creatures to Israel, but does not include Levi.

The wheel within a wheel fills in for this omission. The outer wheel represents the armies of Israel encamped around the tabernacle. The clans of Levi formed an inner circle “that there be no wrath upon the congregation of the children of Israel” (Num 1:53). To this tribe belonged the priesthood and the service of the tabernacle. The creatures and the wheels were as one “…for the spirit of the living creature was in the wheels (Ezek 1:21). The wheels and cherubim were covered with eyes, another sign that they typify the multitude of Israel.

The cherubim were not the two-winged variety. The living creatures had four wings. There’s a geographic aspect with this and it’s found in Ezekiel 7:2: “Also, thou son of man, thus saith the Lord GOD unto the land of Israel; An end, the end is come upon the four corners of the land.” Each creature stretched out its extra pair of wings on both sides to touch the wing of its neighbor and define a “corner of the land”.

Ezekiel’s vision is an expression of God’s judgment upon the land for its great apostasy. It is also an expression of His great love and faithfulness. Fire would purge the nation in terrible judgments-death, exile and the destruction of Solomon’s temple.   In Ezek 10: 18-19, the glory of the Lord departs this temple’s threshold, and stands above the cherubim.  He would accompany His people into exile. He would later see them home.