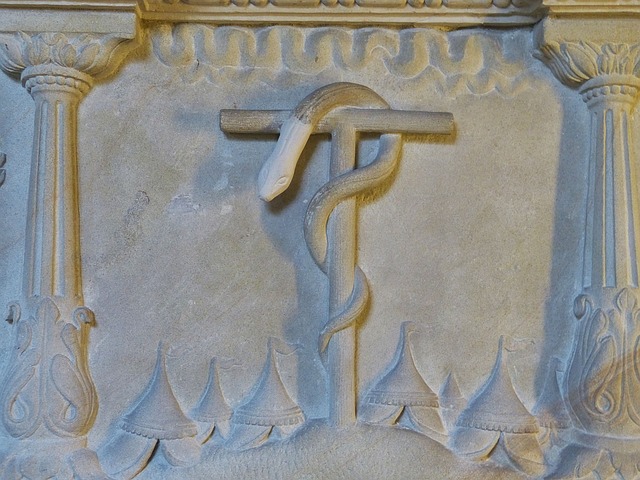 THIS IS THE FIRST IN A SERIES ON THE SERAPHIM. Seraphim figure prominently in two passages of scripture. The first is Numbers 21:4-9, an account of the Israelites challenging God and Moses in the wilderness: “Wherefore have ye brought us up out of Egypt to die in the wilderness?” In response, God sent fiery serpents, seraphim nachashim, upon them. Seraphim is the plural form of saraph, a burning one. Nachashim is the plural for nachash, a coppery one. Both “saraph” and “nachash” are Hebrew words for snake and are used interchangeably here. When the people cried out to Moses, God instructed him to make a saraph and put it upon a pole that anyone bitten could look upon it and live. Moses made what the KJV calls a “serpent of brass”. The Hebrew word it translates “brass”, nechosheth, means “copper”, or its alloy, bronze. Since copper is more visually striking than bronze and the strength of bronze was not needed, my guess is the image was made of copper. Furthermore, the text prefers to call the image a nachash, rather than a saraph. “Nachash” and “nechosheth” share a Hebrew root.

It is this incident that’s referenced in John 3:14-15: “And as Moses lifted up the serpent in the wilderness, even so must the Son of Man be lifted up: That whosoever believeth in him should not perish, but have eternal life.” So, a nachash on a pole represents Jesus, Son of Man, upon a cross and us, as well, for we were crucified with him (Rom 6:6, GaL 2:20). How a serpent, a coppery one, came to represent the Adamic race deserves a thorough discussion, but the point here is that saraph/nachash in its symbolic sense represents man, not angel.

The second account of seraphim is in the sixth chapter of Isaiah. The prophet describes a vision of the Lord enthroned in the temple. We would expect His attendants, those hovering about the throne, to be cherubim, but Isaiah calls them seraphim. The seraphim are six-winged and six is the number of man. “Throne Room Cherubim”, fifth in the Cherubim series describes how we are a composite of cherubim and seraphim. As cherubim we bear the presence of God. That is our functional role. Seraphim, burning ones, are descriptive of the human experience and God’s purpose for us to be pure and holy in His sight.