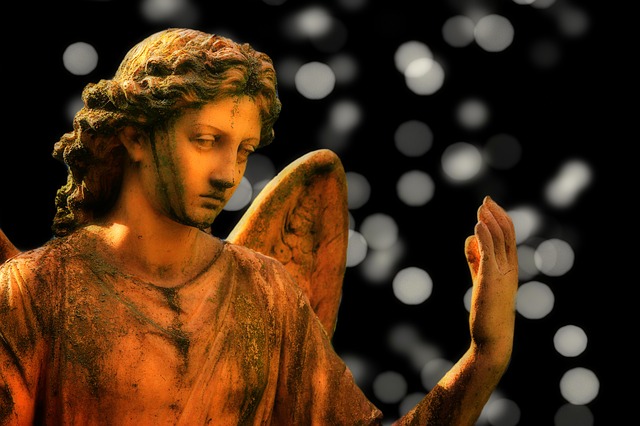 THIS IS THE SECOND IN A SERIES ON THE SERAPHIM Numbers 21:4-9 uses two Hebrew words saraph and nachash interchangeably. Both words mean snake, but also something more. Isaiah sees seraphim(saraphs) as glorious beings attending and worshiping God. The Edenic nachash is also something more than a snake. That “something more” will furnish the answer to why he represents the adamic race (See John 3:14-15;Rom 6:6; Gal 2:20).

Though a saraph (burning one) is a nachash (coppery one), the Genesis account’s choice of “nachash” is most revealing, for it is the serpent’s copper color that serves as an important clue to link him with a particular fellow. The word “adam” has the same root as the verb “to be red”. “Adam” means “red one”. He was formed of the dust from the ground [‘adamah]. He was copper-colored, a nachash!

The nachash episode actually begins in Gen 2:25.  The next verse is 3:1, but recall that chapter and verse distinctions are not part of the actual text, but a much later addition.  The “now”, which begins the verse, should be replaced with “and”, the far more common rendering, particularly since a play on words closely links these two verses. The Hebrew word for “naked” is `arom.  Its plural is `arummim.  The word for “subtle” is arum.  This device serves to connect the nachash to the man.  “And they were both naked [`arummim], the man and his wife, and were not ashamed. Now (And), the serpent [nachash] was more subtil [`arum] than any beast of the field”.  Moreover, the definite article also links “the serpent” to its antecedent-the man; hence the narrative does not run amok here by abruptly interjecting a third party.

We can consider the nachash to be a living being of the field (the plain of Eden), since the word translated “beast” means “living one”. Alternatively, we can read it as a comparison of exclusion, i.e. that the coppery one is not a beast of the field, but associated with such. In either case, the earthly component is essential. This means the nachash cannot be an angel. Scripture also identifies him as the dragon, the old serpent, the Devil, Satan (Rev 20:1), so he cannot be an actual snake. The red one’s resume uniquely qualifies him. He is earthly, formed of the very dust of the ground. From before the third day of creation till he was placed in the garden, he was also heavenly, Ezekiel’s cherub of extension and Isaiah’s morning star. Both descriptions mark him first of his race.

The Edenic nachash is man because only man was granted stewardship of the earth. An angel has no such standing. The Hebrew text of Psalm 115:16 states that the earth was given to the children of man (adam). So inviolable was the appointment that the Son of God had to become Son of Man, kinsman redeemer, to free us from him who held patriarchal sway. There is a literal as well as figurative meaning to the description of Satan as “the strong man”. Jesus made this prophetic statement: “When a [the] strong man armed keepeth his palace, his goods are in peace: But when a stronger than he shall come upon him, and overcome him, he taketh from him all his armour wherein he trusted, and divideth his spoils” (Luke 11:21-23).

So Satan is a man and his presence atop the family tree is a bit embarrassing. The fellow provokes such pejorative images, but let us not be too hide bound. Consider that in his original state the adam, the nachash, was “full of wisdom and perfect in beauty” (Ezek 28:12). Also, note that he began well. Indeed, he was perfect in his way, till iniquity was found in him (Ezek 28:15). It took him centuries to consolidate power, masquerade as an angel of light, or the prince of darkness. We may ask, if such was our forebear, why aren’t we arrayed in seraphic splendor, why these lowly, mortal bodies? In the next installment we will examine the real nature of the temptation.