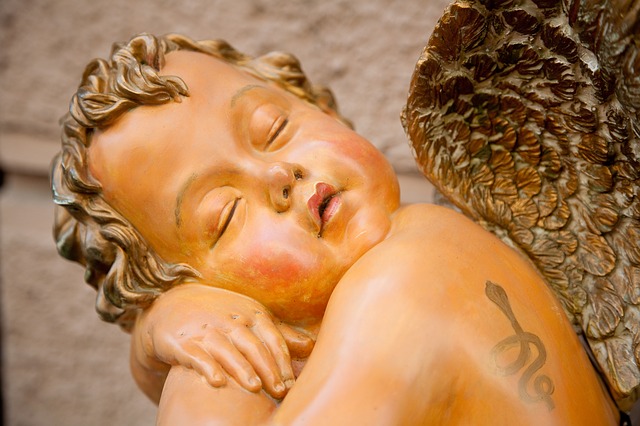 THIS IS THE SIXTH IN A SERIES ON THE SERAPHIM. The judgment on Adam and Eve treats of a larger narrative that begins at Gen 2:4 and runs to Genesis 5. This has been represented as a second creation story, but it has nothing to say about the creation of the heavens, earth, animal or plant life. It is what it says it is: a record of the generations (births,fatherings) of the heavens and of the earth. It is family history, the first of eleven within Genesis, and a very peculiar one. We look within it for a heavenly birth and an earthly one. We do not find it in the man for he was created, not birthed. The woman was taken from the rib or side of the adam. She was not birthed. We must look further. In the KJV, Gen 4:1-2 reads: “And Adam knew Eve; and she conceived, and bare Cain, and said, ‘I have gotten a man from the LORD.’ And she again bare his brother Abel…” The proper name “Adam” is not in the Hebrew text. It is “the adam”. The verb for “knew” should be “had known”. Though in the perfect tense, its syntactic context gives it a pluperfect sense. This observation made by no less a commentator than Rashi, led him to conclude that Cain’s conception and birth took place within the garden. This and the marked superiority of Cain’s line lead to the conclusion that Cain was born an Edenic saraph-a nachash. His is the heavenly birth. His parents had not yet partaken of flesh and blood and the absence of the proper name Adam adds weight to this. Cain was human, as we were meant to be, in the original image of God. He was an innocent, but this poses no problem. His parents had once been innocent. We must be patient for he, too, will come to grief.

The name Cain has a sense of “acquisition”. In describing his birth, Eve used the word LORD. In caps it refers in the KJV to an occurrence of the sacred Tetragrammaton YHWH in the Hebrew text. With vowels added, and we must guess what vowels these are, the word may be “Yahweh”. The narrator is familiar with it as God’s name, but neither the husband nor wife appears to know it in this sense. They called God ‘elohim, a general term. He was not called Yahweh, until the second generation from Adam and it’s not until the incident of the burning bush that God is on record of applying the name to Himself: “And God said unto Moses, I will Become whatsoever I please. And he said-Thus shalt thou say to the sons of Israel, I Will Become hath sent me unto you. And God said yet further unto Moses-Thus shall thou say unto the sons of Israel, Yahweh, God of your fathers, God of Abraham, God of Isaac, and God of Jacob hath sent me unto you. This is my name to times age-abiding, and this my memorial to generation after generation” (Ex 3:14-15 Rotherham’s Emphasized Bible). God’s choice of “Yahweh” as His proper name may reflect a delicious sense of irony since it’s through Eve’s offspring, the cherubim, that He is the true Becoming One, the One who builds His temple on earth stone by stone, person-by-person, generation-by-generation.

So, the mother’s use of “yahweh”, referred not to God but to the babe she held in her arms, since the Hebrew can, and should translate “I have gotten a man, yahweh”. It probably conveyed the sense to her of a “becoming one”. It’s a touching recognition that this small creature would one day be a seraphic man. It reflects her pride in the unique role that she and her husband would play as becoming ones, progenitors of the human race. This pride proved a snare when her husband tempted her in the garden. He addressed her in the second person plural. She and her son would be “as gods”.

The wording of Gen 4:2 is also very careful to avoid saying that the adam was the father of Abel. But, in a particular sense, the adam was Abel’s father since he was forebear for the entire human race, whether in the form of saraph, or flesh and blood. Though he died to the former and became the latter, he was the same individual. Hence, God drove “the adam” from the garden (Gen 3:24). This is after the narrator introduced the proper name Adam in verse 17 to distinguish him as flesh and blood. With all this to confuse matters, how do we know that Adam, the flesh and blood man, was Abel’s father? The support is found in verse 4:25 of our genealogy: “And Adam knew his wife again[emphasis added]; and she bare a son, and called his name Seth: For God, said she, hath appointed me another seed instead of Abel[emphasis added], whom Cain slew.” Eve was silent about Abel’s birth, but his name means “emptiness” or “vanity”, which is its own commentary. His is the earthly birth. It must have been heart rending for Eve to see the effect of the parents’ sin upon their flesh and blood child. The contrast between the two births explains why she, as an earthly vessel, would bring forth sons in sorrow (Gen 3:16). In partaking of the tree, she had desired to rule over her children, but not in a state of familial impoverishment.

But Cain was not impoverished and this sets the stage for the enmity of the seed of the nachash (Cain and his descendants) and the seed of the woman (Abel, and his ilk) that God foretold. In the next installment we’ll examine the conflict between Cain and Abel.